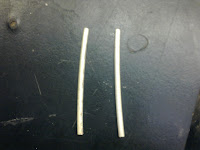 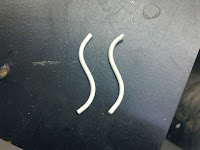 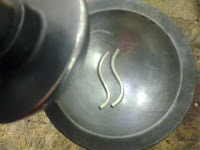 I domed the ''S'' shaped bars so that the piece isn't flat. 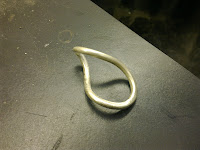 I soldered the 2 domed, "S" shaped bars together. 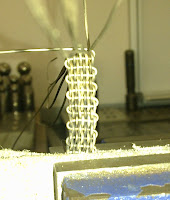 The weaving technique I used was the basic, ''1 spine'' technique, which, as the name suggests, has 1 spine running through the whole strand. If you look carefully you can see the 1 spine that runs through the whole strand. The spine forms a continuous "s". The spine is the stability the keeps the structure together... I hope that all makes sense. 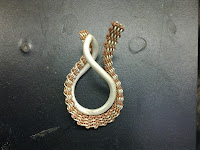 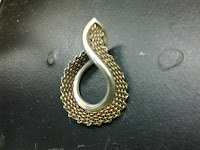 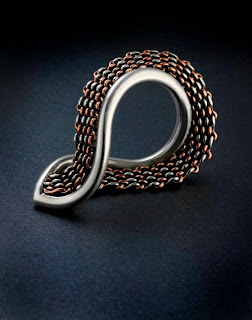 The professionally photographed piece
Posted by Unknown at 05:33