For my final piece I chose to use the Succulent Crassula which is also known as the Buddhas temple. This plant caught my attention purely from an aesthetic point of view. When looking at the plant from the top view it looks as though it is made up of a couple of 4 leaf plants stacked on top of one another. This aligned precisely with the dual functionality of the jewellery that could be produced from it. 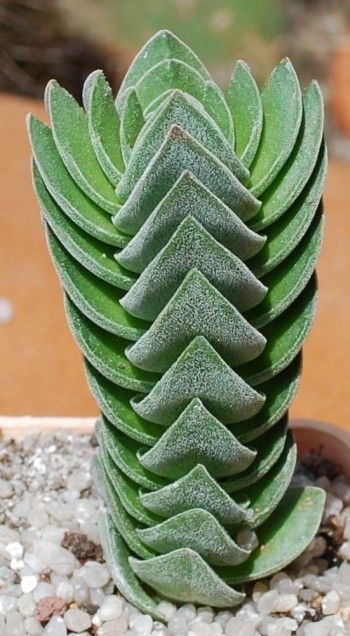 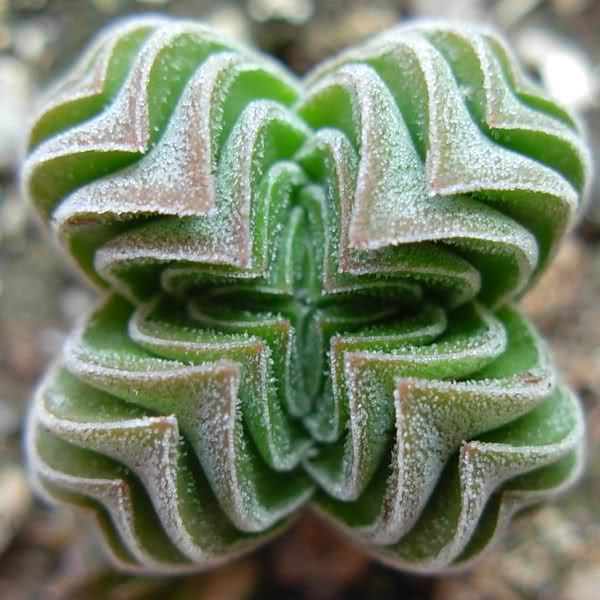 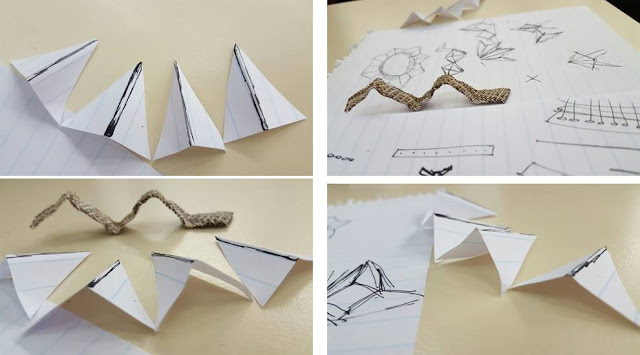 During my conceptualization phase I experimented with paper and a woven strip just to have a look at how the piece would look before I started manufacturing. 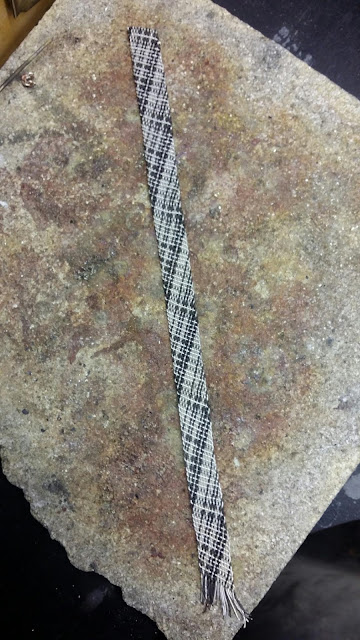 I created a woven strip using copper and sterling silver.  I had to create a longer strip than I usually do because I would require a fair amount of it. I use a copper and silver combination in my woven strips to create visual weight. 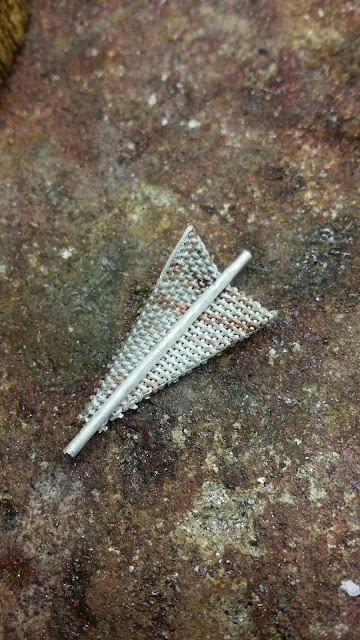 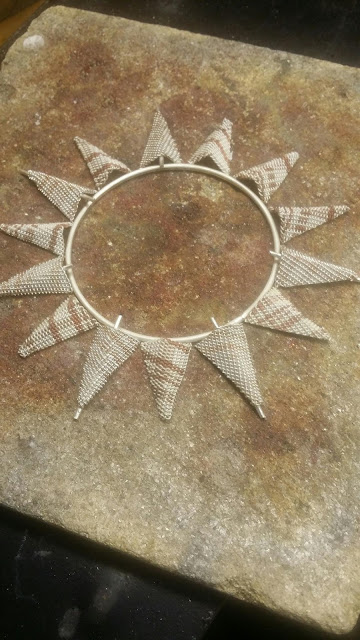 I created 15 triangular components which I arranged in a circular formation, as pictured above. The contrast between the silver and copper makes for an interesting visual effect. 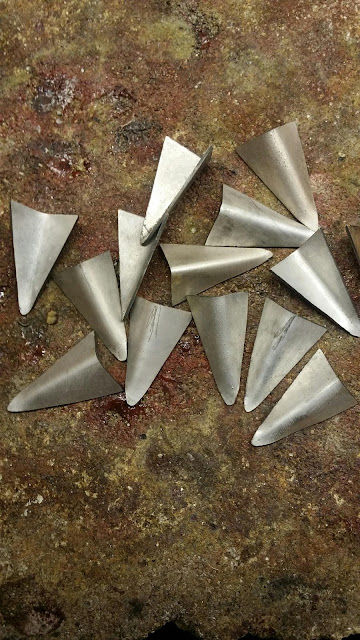 The second bangle is made to look exactly as the first woven one. The difference being it will be made using solid triangular components. 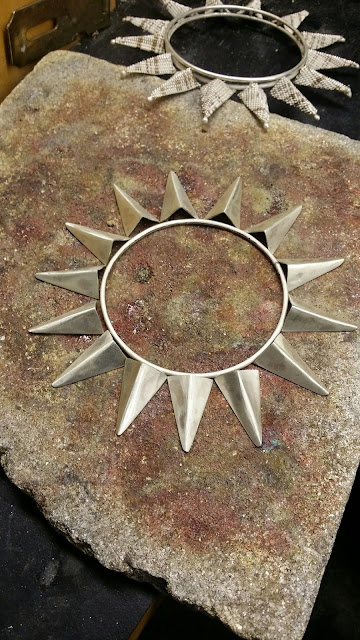 As with the woven components, I arranged the solid components in a circular formation, as pictured above. The solid version provides another interesting contrast to the woven version of the bangle. 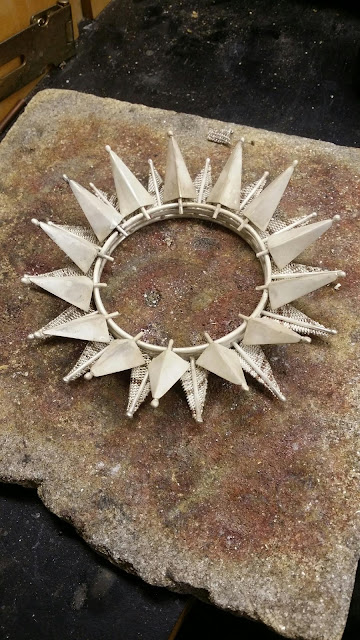 I soldered the components at an angle so that they could act as legs for when the bangle becomes a stand. When the bangle is not used as a stand, the angle at which they are soldered creates an interesting height for the entire piece. 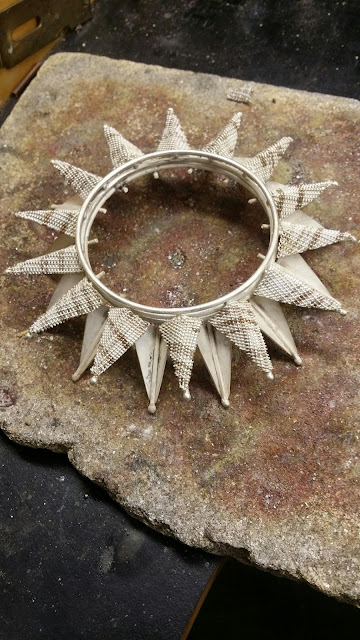 As mentioned above, the bangle with the sold triangular components is places at the bottom to transform into a stand. 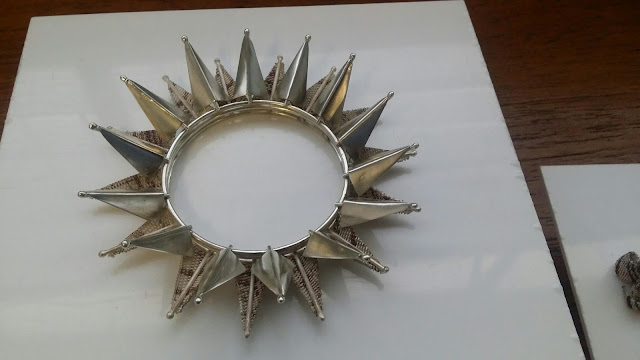 The above image shows the complete piece. As with all of my pieces, the piece has a dual function, it can be appreciated as both personal adornment as well as a visual artefact. 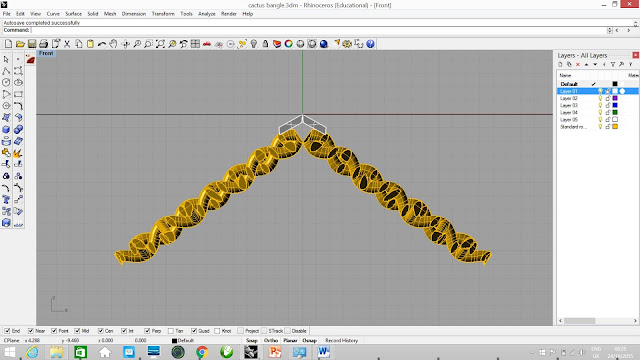 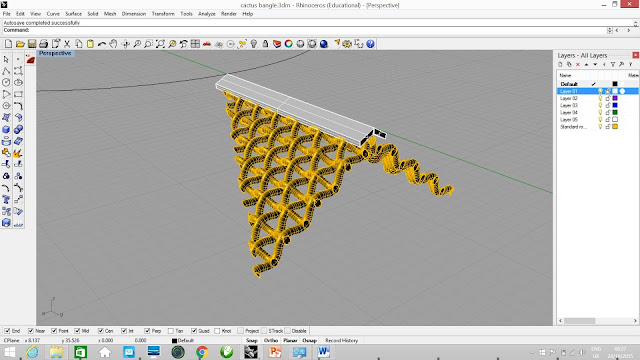 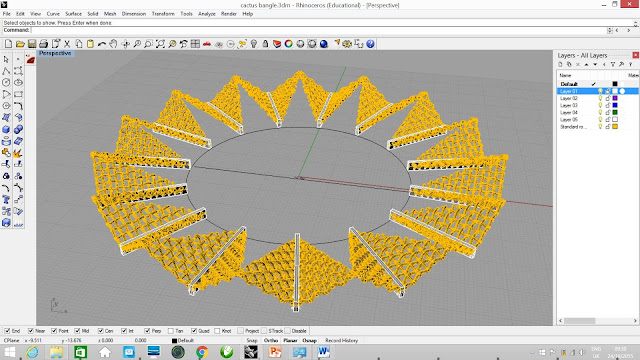 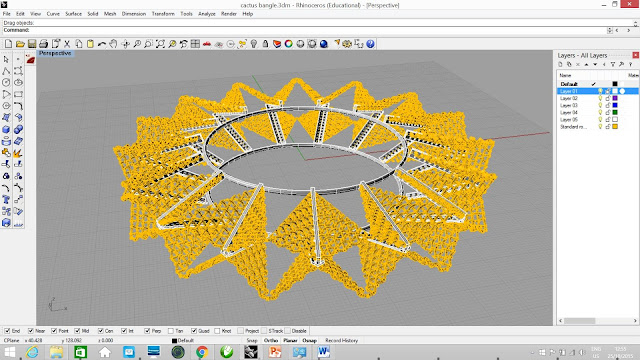 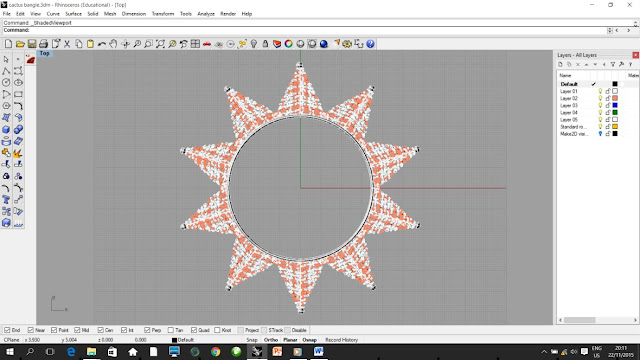 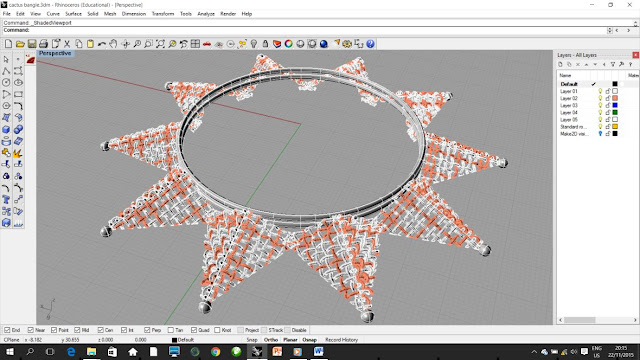 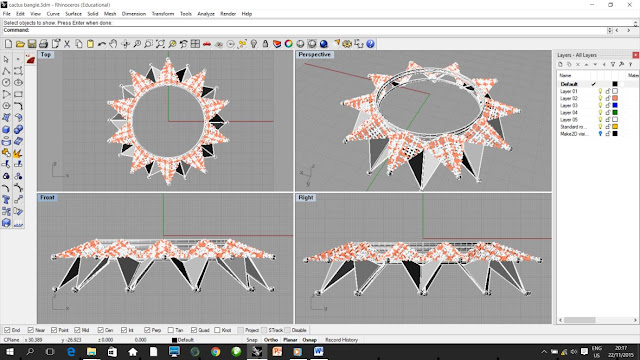